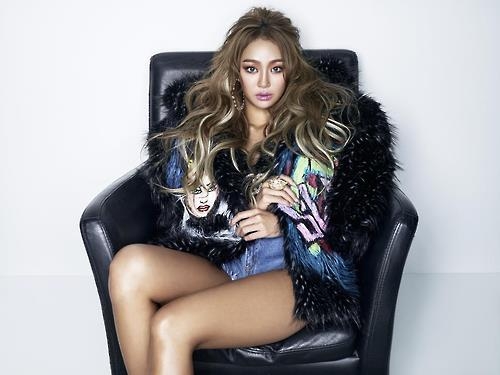 SEOUL, Jan. 12 (Yonhap) -- Hyolyn of the Korean girl group Sistar will have a showcase at this year's South by Southwest (SXSW) festival, according organizers Thursday.

On its website, SXSW LLC included Hyolyn among its newly announced artist lineup, describing her as the "Korean Beyonce."

Launched in 1987, SXSW is an annual collective showcase of film, music and interactive media held every March in Austin, Texas, U.S. This year's festival will run from March 10-19.

Starship Entertainment, Hyolyn's agency, said the company was honored to take part in the event.

Backed by its growing popularity, Korean music is becoming more and more prominent at SXSW, with artists such as Jay Park and HyunA of the girl group 4Minute being featured in 2014.

Sistar's Hyolyn to perform at SXSW

Sistar's Hyolyn to perform at SXSW