CBS Sports.com said the 25-year-old will test the open market instead of going down to the Angels' Triple-A affiliate in Salt Lake City.

The Angels had designated Choi for assignment last month to make room on their 40-man roster for new outfielder Ben Revere. No other club claimed Choi off the waiver wire, and the Angels, instead of releasing him, outrighted Choi to the minors.

Choi made his major league debut with the Halos in 2016, after five seasons in the minors, and split his time between first base and outfield. 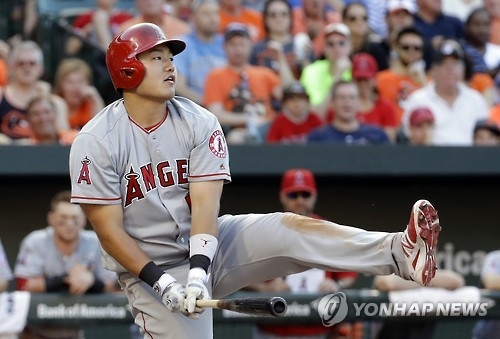