SEOUL, Jan. 12 (Yonhap) -- At the tender age of 15, Cha Jun-hwan is the hottest thing in South Korean figure skating today.

The lithe teenager -- an adolescent in a young man's body -- is fresh off his first senior national title in the men's singles last weekend, with a competition record score of 238.07 points at Gangneung Ice Arena in Gangneung, some 230 kilometers east of Seoul.

The arena will be the figure skating venue at the 2018 PyeongChang Winter Olympics. It's also where Cha will be hoping to make his Olympic debut in about a year's time.

The symbolism of Cha's victory at the Olympic arena wasn't lost on the figure skating fans, who have long been clamoring for the new star on ice to follow in the footsteps of Kim Yu-na, the 2010 Olympic gold medalist and two-time world champion.

Cha, coached by former Canadian Olympic hero Brian Orser, is clearly developing at an impressive rate, with two International Skating Union (ISU) Junior Grand Prix titles and a bronze medal at the Grand Prix Final this season. But he isn't letting the hype surrounding him get to him.

"I am trying not to put too much pressure on myself," Cha said after an open practice session at the National Training Center in Seoul. "I just want to focus on skating clean programs every time out. Whether I win more titles or not, it's really up to the judges. I can only take care of my own end."

Cha has already drawn comparisons with Kim, and he may just develop into the kind of iconic athlete that Kim was during her competing years -- not that Cha himself has given it much thought. 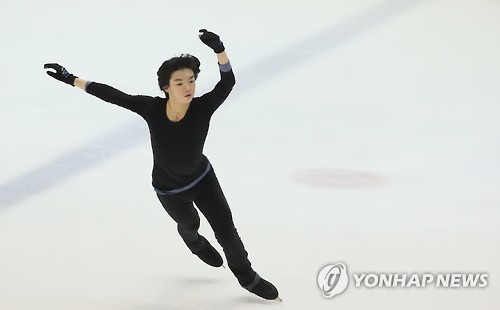 "I don't really think about things like that," he said with a smile. "Obviously, it's a burden to be compared with Kim Yu-na. But I am just trying to stick to my own routines and do the best I can."

And Cha will be the first to tell you he hasn't skated his best yet. He ran away with the national championship last weekend despite a landing mistake in his free skate. He has been able to land quadruple salchows in competitions, and Orser has spoken about adding another quadruple jump -- possibly a quadruple toe loop -- to Cha's program.

Cha, a former child actor who also appeared in commercials, has long been hailed for his artistry and expressiveness. In recent months, though, he had been focusing on the technical aspects of his programs, but Cha said techniques and artistry aren't mutually exclusive.

"You have to have strong techniques to be able to perform with grace," he added. "And right before the national championships, I tried to work on the artistic side a little more."

Cha said his stamina has improved to the point that he can be as effective with jumps late in his programs as with the ones in the early portion. But Cha also said he has been frustrated with mistakes in competitions because he often skates perfect programs in practices.

Asked if his earlier experience of having filmed commercials helps him fend off jitters, Cha, with a sheepish grin, said: "I actually don't remember much about those days. I still get nervous before competitions." 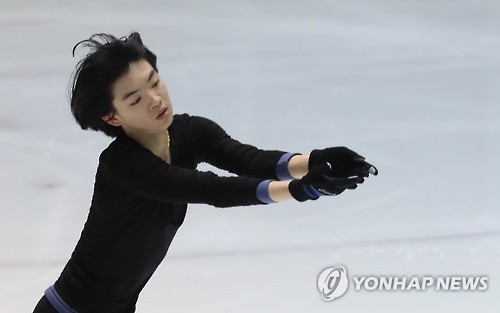 Training with Orser in Toronto, Cha said he gets up at 6 a.m. every morning and trains -- both on and off the ice -- until 9 p.m. He's a homebody, too, and said all he does when not training is "eat and sleep."

The boy who got into skating purely out of curiosity is now an Olympic hopeful who considers the sport "a part of (his) life." And Cha keeps that solitary focus on the present and isn't yet thinking about the PyeongChang Winter Games and how he might do there.

"I don't want to set the bar too high, because it will put added pressure on me," he said. "For now, I am only trying to do what I can and let it take its course. The Olympics is still a year away."