The much-awaited dance track, set to come out Thursday, is a soul-influenced pop number produced by eminent producer Park Geun-tae, who also took the reins for the hit duet song "Dream" sang by missA's Suzy and EXO's Baekhyun last year.

"The high-profile producer devoted a lot of time to choosing the singers," Mystic Entertainment said, adding, "The efforts paid off, producing a song that successfully fuses the strengths of all members."

The vocalists are widely recognized for their superb singing abilities. Luna and Solar are the main singers from their respective groups, while Hani has come under the spotlight with her outstanding singing abilities on the MBC music competition program "King of Mask Singer."

The upcoming track is part of the producer Park's music project that began last year, which focuses on releasing brand new singles and remakes of past hit songs. He rose to fame for producing widely recognized songs, including Eddy Kim's "My Lips Like Warm Coffee" and 10cm's "I Really Like You," among others. 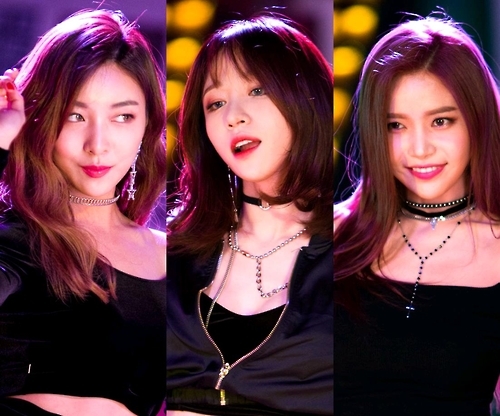