(ATTN: ADDS reactions from parties in paras 21-24)
By Song Sang-ho

During the speech he gave after his arrival at Incheon International Airport, west of Seoul, Ban fell short of declaring his presidential bid, but he stressed his resolve to work "for a change of politics, not for a change of government." 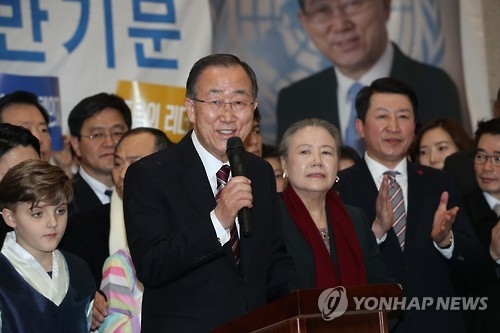 "We hope that (Ban) can play a leading role of giving hope to those in despair," said Rep. Jeong Yong-ki of the ruling party.

But opposition parties stressed the need to thoroughly check Ban's qualifications to be a presidential candidate.

"If Ban is to run for the presidency... he should first be vetted for his qualifications, not relying on his reputation and experience as the former U.N. chief," said Rep. Youn Kwan-suk of the main opposition Democratic Party. 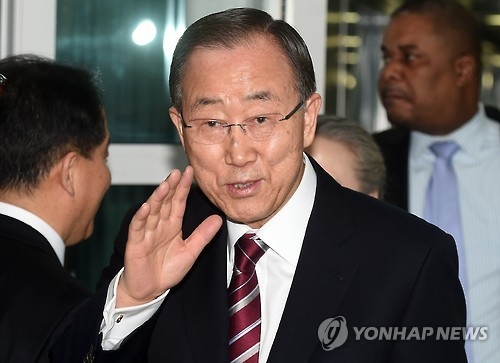