Travel agency Hana Tour said it expects 90 percent of overseas travelers going on package tours to pick nearby cities, preferring warm Southeast Asia or the hot springs in Japan. Hana officials said they are seeing more reservations to Guam and Saipan. The agency predicted approximately 25,000 people going on trips for this year's holiday through the agency, about the same as last year.

"We still have two weeks left until the holidays, and reservations are still coming in, but we expect the booking rate to match that of last year when the holiday was longer at five days," a Hana Tour official said.

Mode Tour, likewise, said its received reservations for the holiday period increased 40 percent for Southeast Asia and Taiwan, and 50 percent for Guam. The company predicted a 5-10 percent increase in the total number of travelers this year, including long-distance trips.

Interpark Tour was showing Osaka, Japan, as the No. 1 destination as of Thursday, followed by the Japanese city of Fukuoka. Bangkok came next, followed by Taipei and Tokyo. Ticketing this year has increased 3 percent from last year so far.

"Short-distance travelers usually make reservations at the last minute with fewer than two weeks left to the holidays," an Interpark Tour official said. "We expect to see increased bookings as the holiday nears." 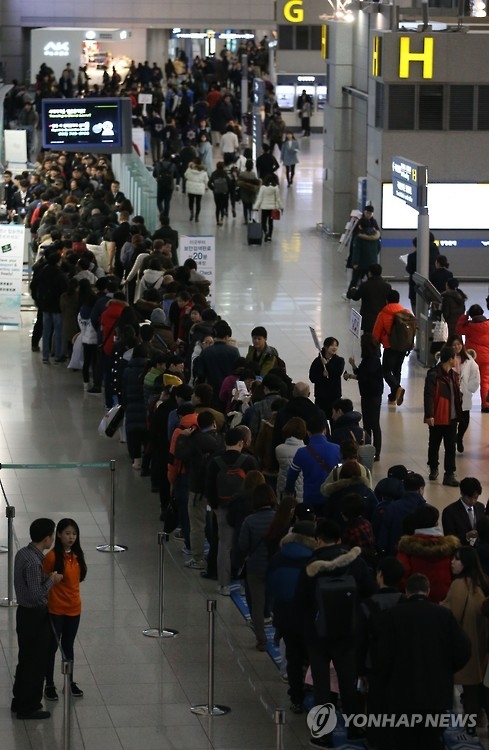