Deputy Trade Minister Lee In-ho and his U.S. counterpart Michael Beeman convened the fourth round of talks under the Korea-U.S. free trade agreement (KORUS FTA) joint committee in Seoul on Thursday to review the implementation of the accord and discuss pending trade issues between the two countries, according to the Ministry of Trade, Industry and Energy.

The meeting has taken place on a regular basis since 2012 when the trade pact took effect. The latest was held just a week before the inauguration of the Trump administration slated for Friday next week, which is likely inclined to promote trade protectionism rather than free trade.

The U.S. president-elect has blasted the FTA with South Korea as a destroyer of jobs in the American auto industry, raising concerns that the new U.S. government will start renegotiating the agreement and revise the terms.

The trade ministry said the two parties did not mention any possibility of renegotiations and the joint committee meetings will be held as usual.

Instead, they agreed to make constant efforts to help the KORUS FTA play an effective role in increasing bilateral trade and investment and creating more jobs in both countries, added the ministry. 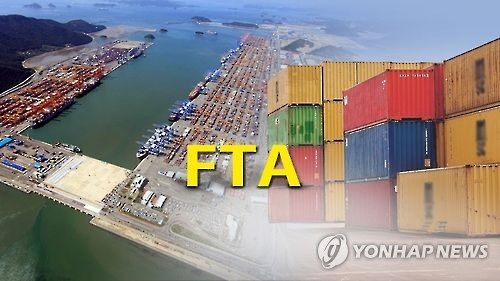