SEOUL, Jan. 13 (Yonhap) -- Creditors of Kumho Tire Co. have agreed to postpone the announcement of the preferential bidder for the second-largest tire maker in South Korea until next week, an official said Friday.

The 42.01-percent stake up for sale is estimated to be worth around 1 trillion won (US$846 million).

The Korea Development Bank (KDB) and eight other creditors were initially expected to pick the winning bidder on Friday.

"The selection has been delayed until early next week at the request of Credit Suisse," which is running the auction process, a KDB official said.

More time is needed to review documents on "non-price factors" such as the bidders' resolve to buy Kumho and deal with employment issues, he added. 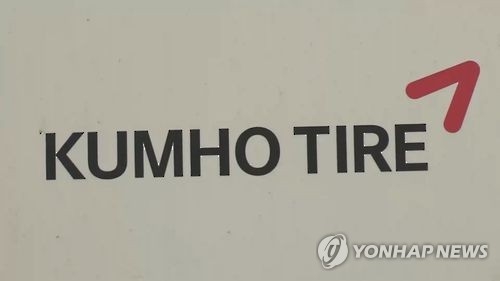 Once a successful bidder is decided, public attention will shift to whether Kumho Asiana Group Chairman Park Sam-koo would buy back the tire maker as he apparently attempts to rebuild his business empire.

Park has the right of first refusal, which gives him the priority to repurchase management control under the same terms with any highest bidder.

It remains unclear whether he has sufficient funds to do so.

Creditors put off selection of winning bidder for Kumho Tire

Creditors put off selection of winning bidder for Kumho Tire