"The Legend of the Blue Sea" on Thursday was watched by 20.8 percent of viewers nationwide and 23 percent in the capital area, the first time it has topped the meaningful 20-percent mark in both categories, according to data by media ratings company Nielsen Korea. 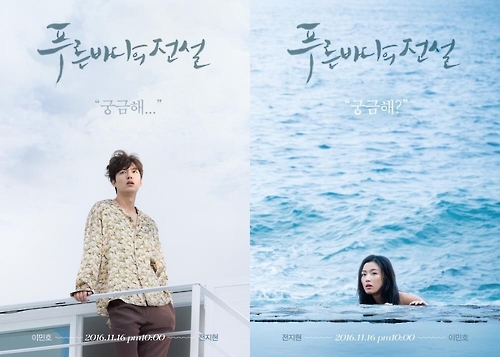 The Wednesday-Thursday series on SBS TV tells the story of a mermaid (Jun) from the Joseon Dynasty (1392-1910) who travels to the modern world in search of her lover (Lee). Lost and confused, she meets a genius conman who is the doppelganger of her past love and follows him around from Europe to Seoul.

The star power of its cast has attracted viewers even before its premiere, leading to a high 16.4 percent viewership on its first episode and surpassing the 20 percent milestone in just its sixth episode.

Despite criticism that the drama lacks originality, the fantasy romance has maintained a high viewership of 16 to 18 percent thanks in part to the "hallyu" leads. Both Jun and Lee are leaders of the hallyu phenomenon, which refers to the rising popularity of Korean pop culture worldwide. The actress last appeared in the megahit TV series "My Love from the Star," in which the same famed writer Park Ji-eun took the reins. Lee gained widespread fame from his previous works "Boys Over Flowers (2009)," "City Hunter (2011)" and "The Heirs (2013)."

In particular, Jun's portrayal of the mermaid has mesmerized viewers, making it impossible to believe that she is a 33-year-old mother.

Jun and Lee have been praised for gracing the TV screen every week, proving that the attractiveness of the leads take up 90 percent of romantic series.

Meanwhile, the 17th episode has piqued the curiosity of fans as Jun's secret is on the verge of being revealed and Lee's father dies from his second wife's evil schemes. 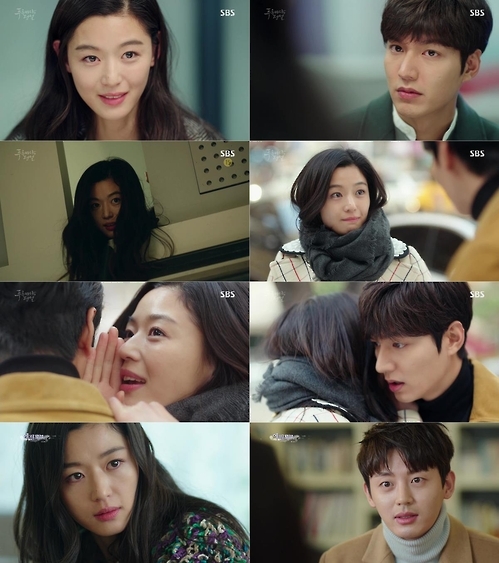