SEOUL, Jan. 13 (Yonhap) -- South Korean actor Jung Il-woo is riding a wave of popularity in Thailand thanks to a local TV series starring him, the drama's local PR agency said on Friday.

"Love and Lies," which marks the first Thai drama starring a Korean actor as the main character, emerged as a local internet sensation in the first two episodes aired on Monday and Tuesday via Thai TV network "true4U," the company Shall We Talk said.

Users of the channel's mobile application and website have surged as well, up to 2.6 and 3 times higher than usual, respectively, signifying the spotlight and love the show is receiving.

Jung, playing the male lead Tim, displays a colorful acting spectrum as he portrays various sides of the cold yet romantic PR manager of an entertainment giant.

The actor, who enlisted in mandatory military service last year, is currently fulfilling his army duties.

All able-bodied South Korean men are subject to compulsory military service for about two years in a country that faces North Korea across a heavily fortified border. 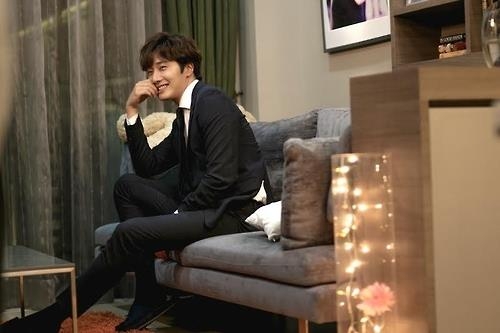