The company expects the purchase of the Boeing airplanes to lower costs with no lease fees and reductions in the expenses for the maintenance and repair of airplanes.

"We've entered the first phase of the mid and long-term growth strategy by improving the production cost, consolidating the profit model and establishing the optimum structure for the operation of airplanes," said Choi Kyu-nam, president of Jeju Air.

Choi added that his company will increase the number of airplanes to 32 by the end of the year to fly more than 10 million air passengers on 50 regular air routes. 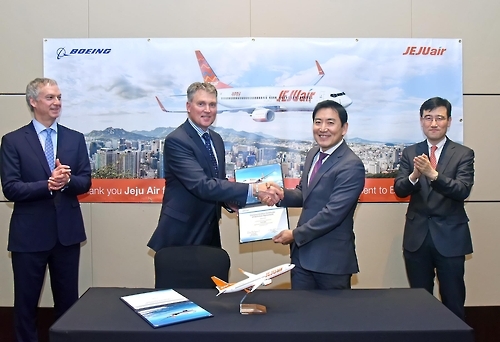