SEOUL, Jan. 13 (Yonhap) -- South Korea's foreign minister said Friday that installing an object in front of a foreign mission is deemed "undesirable" amid a diplomatic row with Japan over a new statue symbolic of the Korean victims of Japan's wartime enslavement.

"In the international community, it is generally considered undesirable to establish certain facilities or sculptures in front of diplomatic and consulate offices," Yun Byung-se told a parliamentary session.

Japan has temporarily recalled its ambassador to South Korea and its consul general to Busan and suspended bilateral currency swap negotiations in protest of local activists' installation of the statue in front of Japan's consulate in the southern port city of Busan on Dec. 30.

Yun said he does not mean the government opposes the erection of the statute, but that there is a need to collect more opinions regarding where it should be placed.

Historians estimate more than 200,000 women, mostly Koreans, were forced into work at front-line Japanese brothels before and during World War II. Japan has apologized but denied the government's role in the forceful recruitment of the women.

The Busan government initially removed the statue, but later changed its stance in the face of a rising public's anger.

Japan claims the statue is against a 2015 Seoul-Tokyo agreement, where Japan agreed to provide 1 billion yen (US$8.7 million) for the creation of a foundation aimed at supporting the victims, euphemistic ally called comfort women.

South Korean opposition parties and civic groups called for its cancellation as it was signed without consent from the surviving victims and the public, and that the deal did not include the Japanese government's sincere apology and acknowledgement of legal responsibility. 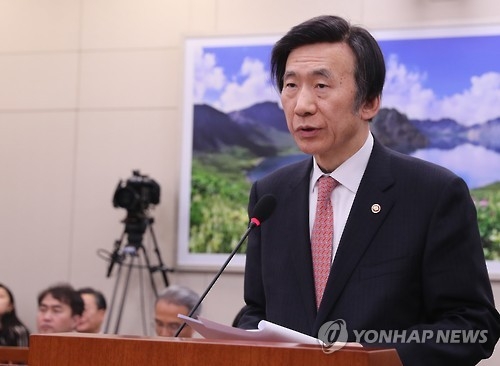