The league operators said the 2017 campaign of the K League Classic will start its eight-month journey on March 4. The first division operates the split system in which the 12 teams will be divided into two echelons after their first 33 matches. They will then play five more matches within their groups to determine the champions and the teams to be relegated to the second-tier K League Challenge.

The K League said local rivals Seoul and Suwon will meet in the official season opener March 5 in the nation's capital. Seoul captured their sixth league title last year after edging out Jeonbuk Hyundai Motors on the final day of the season. Suwon won the Korea Football Association (FA) Cup trophy by beating Seoul in a two-legged final.

A showdown between Seoul and Suwon has been dubbed a "Super Match" here, for their fierce rivalry.

The league office said two newly promoted teams from the Challenge, Gangwon FC and Daegu FC, will have their first Classic matches on March 4. Gangwon, the hottest club this offseason with their aggressive shopping spree of local stars, will face the military club Sangju Sangmu FC, while Daegu will go head-to-head against Gwangju FC.

Elsewhere, Jeonbuk, the winners of the Asian Football Confederation Champions League, will go take on regional rivals Jeonnam Dragons on March 5. Jeju United, No. 3 in 2016, will have their first match against Incheon United.

For this season, the K League said matches will be played under the revised "laws of the game" that the International Football Association Board (IFAB), the Swiss-based body that determines the sport's rules, confirmed last June. One of the notable changes includes softened punishment for fouls inside the box.

The K League previously said it will introduce a video review system this year to help referees make correct calls. 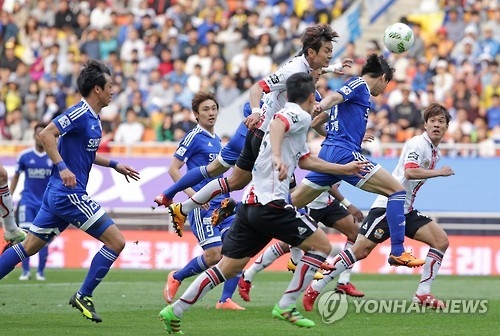