SEOUL, Jan. 13 (Yonhap) -- North Korea on Friday called on its people to overcome the international sanctions regime under a new slogan of boosting self-reliance and bracing for economic hardship, Pyongyang's state media showed.

Bearing in mind the principle of self-development, North Koreans should endure difficulties by following in the footsteps of creators of "the spirit of Kangwon Province," according to the Rodong Sinmun, the country's main newspaper.

Kangwon Province is the country's southeastern region where the coastal city of Wonsan is located.

North Korean leader Kim Jong-un seeks to develop the international tourism zone from Wonsan to Mount Kumgang on its east coast. The North has also test-fired ballistic missiles at a site not far from the port city.

The North's leader stressed the need to boost self-reliance when he visited a power station in Wonsan in December, the Korean Central News Agency (KCNA) reported on Dec. 13.

Kim called officials and party members who joined the construction of the hydroelectric power plant "creators of the spirit of Kangwon Province," as they practice the principle of self-reliance. 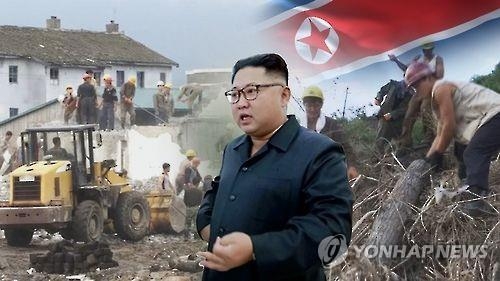 Pyongyang's move to highlight the new slogan appears to be designed to prepare its people to brace for another "Arduous March" of economic hardship that can be brought about by tougher sanctions, experts say.

The "Arduous March" refers to the drawn-out severe famine and economic difficulties that North Koreans suffered in the mid-to-late 1990s, during which an estimated 3 million North Koreans are believed to have died from hunger.

"As his late father presented a self-development motto during the Arduous March period, the North's current leader unveiled his own slogan," said Kim Keun-sik, a professor at Kyungnam University.

The city was mentioned as an exemplary model for self-reliance as provincial residents withstood economic difficulties during the Arduous March period.