Starting off in Vancouver on Feb. 22, she will hold a concert in 8 cities total: Toronto on the 24th, Montreal on the 26th, Chicago on March. 1, New York on the 3rd, Dallas on the 6th, San Francisco on the 9th and Los Angeles on the 10th, according to Cube Entertainment.

A former member of the now-disbanded girl group 4minute, she held fan events titled "The Queen's Back" in Asia last year. The upcoming events are aimed at consolidating her position as a solo artist.

She has had a lot of hit songs including "Change," "Bubble Pop!" and "Ice Cream." She received global attention when she appeared in a music video of Psy's global sensation "Gangnam Style" in 2012. 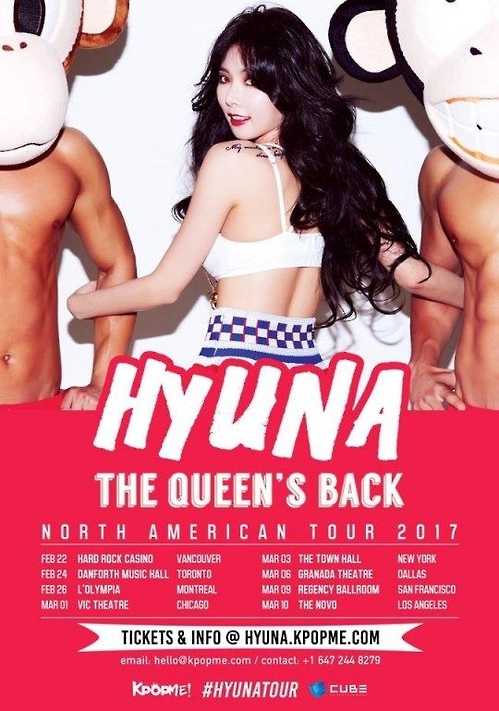