"I have made the decision, and will make an official announcement of the presidential bid before the Lunar New Year," Park said during an interview with OBS TV. Along with the party's former head Moon Jae-in and Seongnam Mayor Lee Jae-myung, Park has also been cited as a potential contender.

Park claimed South Koreans are currently demanding leaders to reform a society divided between the upper 1 percent and the remaining 99 percent.

"We need a prepared and capable figure who has dealt with various problems. I dare to solve such issues," Park said. The mayor said he will seek to write off the debts of the low-income bracket and lower bank interest rates to ease household burdens. 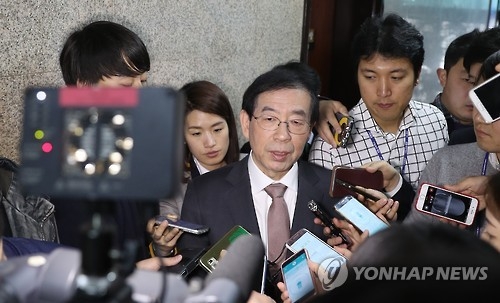