Outstanding loans for self-employed people by the country's five major banks -- Shinhan, KB Kookim, Woori, KEB Hana and NH -- nearly doubled to 180.4 trillion won (US$153 billion) from 96.6 trillion won in 2010, according to the banking data.

The increase came as a growing number of people are seeking to launch their own businesses -- largely small shops and restaurants.

The number of self-employed people in the country came to around 5.7 million as of end-October last year. 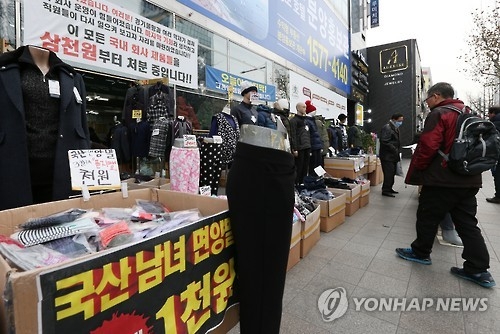 The National Tax Service's statistics showed that an average of some 3,000 people started new businesses here per day in 2015, with around 2,000 closing their businesses.

The financial authorities are increasingly concerned about the possible risk from their growing debt burden amid a sign of interest rate hikes.