SEOUL, Jan. 15 (Yonhap) -- Rhee In-je of the ruling Saenuri Party on Sunday declared his presidential bid for the fourth time since 1997, unveiling his plans for a constitutional revision and state governance.

The former six-term lawmaker said that if elected, he would push for a constitutional amendment to enact a "power-sharing" model that would diffuse powers currently concentrated wholly in a single president, within six months of his election.

Rhee, a former member of the ruling party's decision-making Supreme Council, also said that he, if elected, would ensure that South Korea will spearhead the efforts to achieve reunification based on its constitutional values, though it would seek international cooperation on the matter.

He also vowed to push for a reform of family-owned conglomerates and promote fairness and transparency in business circles. 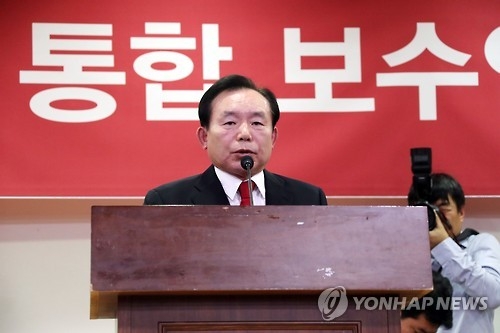