Lee, vice chairman of Samsung Electronics Co., is accused of giving or promising to give some 43 billion won (US$36.3 million) worth of bribes to Park's jailed friend Choi Soon-sil in return for the state-run pension fund's backing of a merger of two Samsung affiliates, the team's spokesman Lee Kyu-chul told a regular press briefing.

Samsung signed a 22 billion won consulting contract in August 2015 with a Germany-based firm owned by the woman who is at the center of the scandal and allegedly sent the company billions of won, which was used to fund her daughter's equestrian training, according to prosecutors. The money that was originally promised to be handed over was included in the amount deemed as bribes, Lee, the spokesman, said.

The decision came a few days after Lee was grilled by investigators for about 22 hours from Thursday to early Friday.

The team decided to carry out their investigation on three other senior Samsung executives, including a vice chairman Choi Gee-sung, without detention. 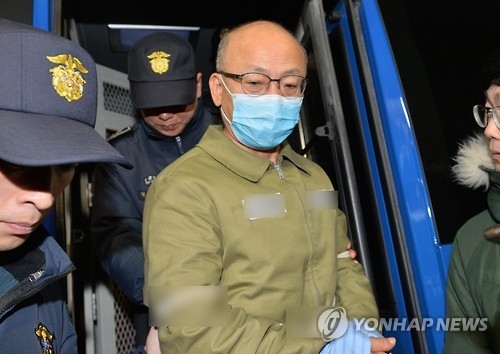 The business group has admitted to making contributions to the two foundations and Choi's firm, but denied such contributions were related to the merger.

Cho and Kim are suspected of their involvement in the alleged creation and management of a blacklist intended to block artists critical of the government from receiving state support.

Also on Monday, the Constitutional Court held its fifth hearing of Park's impeachment trial where Choi appeared and denied any wrongdoing in her interactions with the president.

The Constitutional Court, the investigation team and a district court have all accelerated their proceedings to draw a swift resolution to the case. Millions of people have staged candlelight vigils for the past 12 weekends, demanding Park's prompt ouster.

The top court has until early June to decide whether to uphold or reject the impeachment motion, which passed the parliament on Dec. 9. 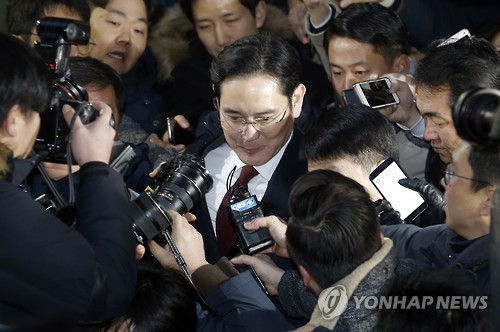