SEOUL, Jan. 16 (Yonhap) -- South Korea's home transactions continued to increase from a year earlier last month, the government said Monday, amid a move to limit the supply of new homes as a way of reducing household debt.

The number of home transactions came to 88,601 in December, up 0.8 percent from the same month in 2015, according to the Ministry of Land, Infrastructure and Transport.

The tally marked a 13.9-percent plunge from the previous month. However, December marked the fifth consecutive month of on-year gain.

Such a steady demand for homes followed a government plan to limit the number of new homes to be built over the upcoming years.

The move is largely aimed at slowing the rise in household debt, which reached a record high of 1,295.8 trillion won (US$1,102.3 billion) as of end-September, by reducing or removing new homes, a source of demand for new mortgage loans. 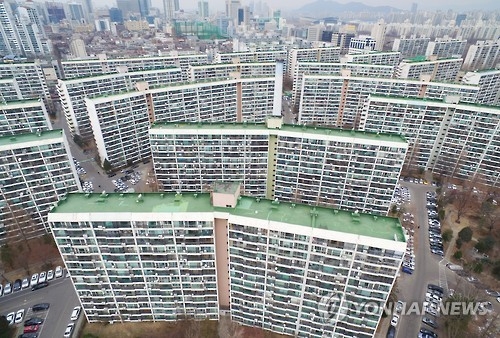 However, the anticipation of price hikes caused by reduced supply prompted speculation, forcing the government to announce a set of anti-speculation measures in early November that has somewhat helped bring the country's real estate market under control.

In December, home transactions in Seoul gained 6.8 percent on-year, slowing from a 10.3-percent spike in October, according to the ministry.

In the capital region that also includes the western port city of Incheon and Gyeonggi Province, home transactions rose 4.8 percent on-year to 45,376. Home transactions in rural areas slipped 3 percent to 43,225.