The country's trade surplus came to US$6.8 billion last month, compared with a surplus of $6.9 billion tallied in the same month in 2015, according to the data from the Korea Customs Service.

Exports rose 6.4 percent on-year to $45.1 billion in December, extending its winning streak to two months in a row, while imports jumped 8 percent to $38.3 billion last month.

Until October, Asia's fourth-largest economy had posted negative growth in its outbound shipments for 21 months in 22 months since January last year amid contracted demand at home and abroad.

But it started to make a rebound in November to advance 2.3 percent on the back of regaining oil prices and recovering world trade.

For all of 2016, the trade surplus edged down 0.9 percent on-year to $89.4 billion, while the country's outbound shipments fell 5.9 percent and imports shrank 7 percent from a year earlier. 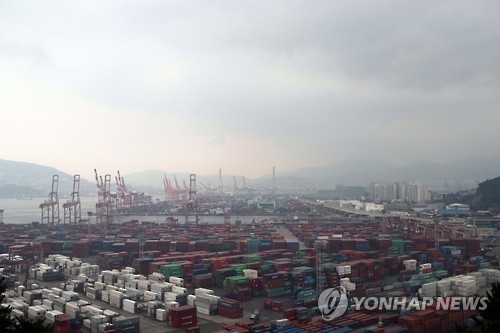