SEOUL, Jan. 16 (Yonhap) -- The interim head of South Korea's ruling Saenuri Party said Monday he will seek to conclude steps to clear-out loyalists of President Park Geun-hye and put an end to the prolonged factional feud.

"As the ethical committee starts to operate this week, we need to conclude the so-called personnel overhaul," said In Myung-jin, the interim head of the party. In, however, said it will grant the full authority on the matter to the committee in regards to the purge.

The ethical committee, which held its first meeting Monday, said it has started reviewing the punishment of the three key loyalists -- namely Reps. Suh Chung-won, Yoon Sang-hyun and Choi Kyoung-hwan.

It, however, decided to put off taking disciplinary actions against Park.

After a group of Park dissenters left Saenuri last month, the party has been suffering from a second round of feuding, with In seeking to remove key loyalists to revitalize the public's falling support since the impeachment of the president in December.

Among the major targets of the purge was eight-term Suh. The lawmaker earlier sued In for forcing lawmakers to leave Saenuri.

During an interview with YTN Radio, In said the ethical committee would also be open to expelling the three. 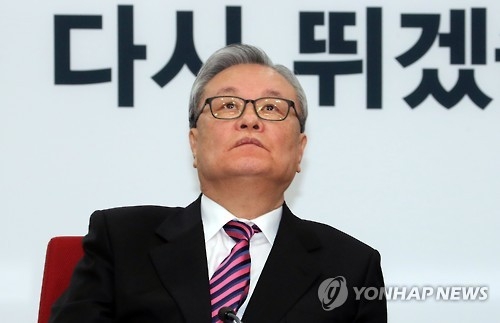