Outstanding foreign currency deposits held by domestic and foreign banks here dropped by US$2.14 billion to $58.91 billion in December from $61.05 billion a month earlier, the Bank of Korea said in a statement.

The BOK attributed the month-on-month decline mainly to a withdrawal of U.S. dollar deposits by export companies.

By holder, companies held $48.68 billion in foreign currency deposits, down $1.8 billion from the previous month. Deposits held by individuals fell $340 million to $10.23 billion, it said. 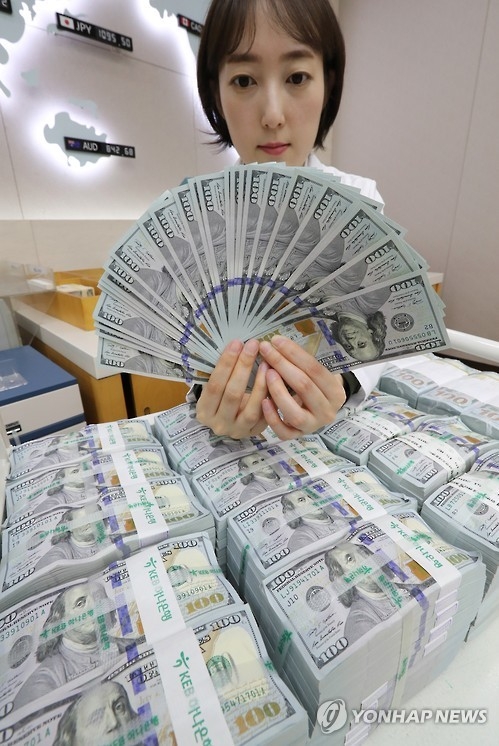