Income stagnation hit earners in their 40s, regarded to have the most stable earnings, the hardest. Their income retreated for the first time in the third quarter of 2016. For families without dual incomes, average household income in the quarter was 3.77 million won, 1.6 percent less from a year ago. 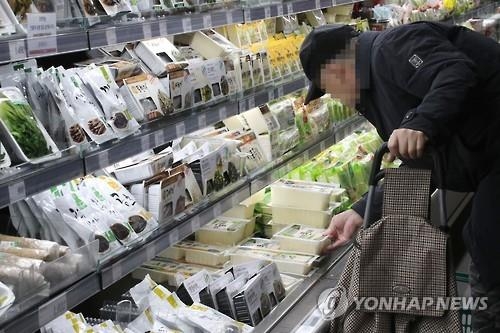 While income fell, utility bills rose throughout parts of the country. Water cost went up 9 percent in Chungju, North Chungcheong Province, from this month, while major cities in Gyeonggi Province, adjacent to Seoul, increased water prices by 3.6 percent to 18 percent. In Gangwon Province, the price of water went up between 5 to 30 percent.

Prices of heavily consumed foods and drink, including instant noodles, Coca Cola and beer, went up by 5 to 10 percent. The price of snacks was marked up between 20 and 30 percent over the past six months.

As international prices picked up, local gasoline and diesel prices were also going up, surpassing 1,600 won per liter for the first time in 16 months in January.

Figures from KB Kookmin Bank, which tracks home prices, said the average price of an apartment in the capital exceeded 500 million won in May last year for the first time since recordkeeping began in 2008. More posh apartments go for an average of over 700 million won.

The cost of "jeonse," a home rental system in Korea where tenants pay about 70 percent of the cost of the property as a lump sum key deposit, went up an average of 40 million won in Seoul, but the demand is far outpacing supply. With homes becoming unaffordable in the capital, people are leaving Seoul, the population of which fell below 10 million last year for the first time in 28 years.

Numbers from the Ministry of Employment and Labor said there were close to 1.43 trillion won of backed up pay last year, a record amount and up 10 percent from the previous year. The previous record of 1.34 trillion won was in 2009, right after the global financial crisis.

The combination of virtually frozen income and inflation has consequently jacked up debt at households that have become dependent on bank loans to make ends meet. The Bank of Korea said that as of the end of September last year such debts hit 1,295.53 trillion won. Household lending also increased 92.65 trillion won in the January-September period.

The local insurance industry was reporting a record-setting number of policy cancellations, apparently by families who decide to use the money for sustenance. Tallies from 41 life and non-life insurance companies showed they paid 22.99 trillion won to subscribers in the three first quarters of last year who canceled their contracts. It marked the third year of such high amounts -- 26.2 trillion won in 2014 and 28.3 trillion won in 2015. 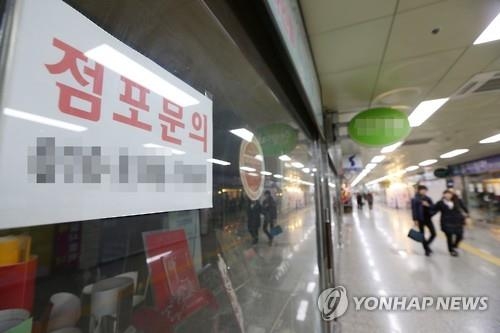 Real estate offices say they are seeing an unprecedented number of factories being put on sale. More than 20 factories at the Onsan industrial complex in Ulsan, one of the leading manufacturing cities in the country's southeast that was built in 1974, are for sale on the market. Real estate agents say they have not seen more than 10 facilities offered for sale at a single time before now. The price of the lot, as expected, has dropped by 25 percent.

Courts are chalking up corporate bankruptcies, the number of which is also on the rise.

Figures said 659 companies went under last year as of November, an increase of 22.7 percent from the same period the year before. Twelve percent of companies reported continuing their business on loaned money, with their operating profit falling below debt interest payments.
(END)