SEOUL, Jan. 16 (Yonhap) -- South Korea's top 100 large-cap companies have cut more than 7,000 jobs in 2016, data showed Monday, as they are reluctant to hire new employees amid the economy's prolonged sluggishness.

According to the data by market tracker Chaebul.com, the leading companies had a combined 861,578 employees as of the end of September 2016, down 0.8 percent, or 7,132 people, from the same period a year earlier.

The job reduction is most noticeable in South Korea's shipbuilding industry, with the country's leading shipbuilders expected to slash more jobs.

The local shipbuilders have been under serious financial strain since the 2008 global economic crisis amid falling oil prices, which sent new orders tumbling amid a glut of vessels and stiffer competition from Chinese rivals.

Other major firms, including Samsung Group, have reduced their employees through early or voluntary retirement as part of a drive to increase competitiveness and return to profitability.

Samsung Electronics Co. had a total of 95,374 employees as of the end of September, down 3.2 percent from a year earlier, the data showed.

South Korea's job market is under strain, with experts forecasting that companies will continue to cut jobs instead of hiring.

The number of job seekers surpassed 1 million in 2016 for the first time since 2000, according to Statistics Korea. Of the total, 133,000 were unemployed for more than half a year, accounting for 13.1 percent of unemployed. 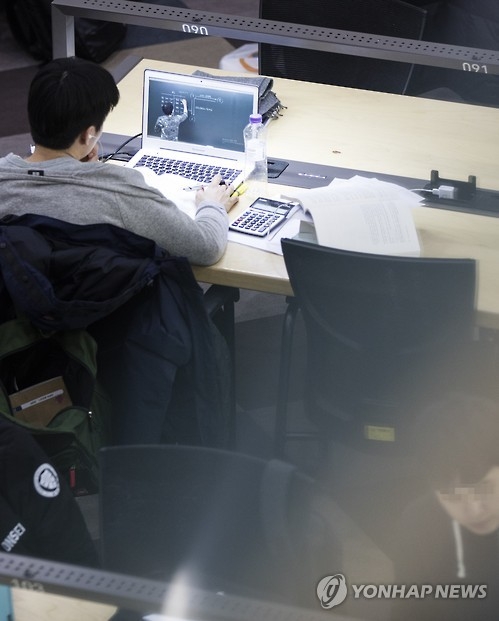