SEOUL, Jan. 16 (Yonhap) -- From a business perspective, the creation of girl group Mamamoo back in 2014 was a risk in itself. Female teams back then were divided largely into two camps: The wide-eyed and innocent schoolgirl crowd, and the spunky, in-your-face "girl crush" clique.

Then-newcomer Mamamoo was neither. The four girls weren't "eye-catching" per se. Physically, they lacked the stature of other female artists. But what they offered and delivered was a strong stage presence powered by up-beat music ranging from R&B to blues and funk. 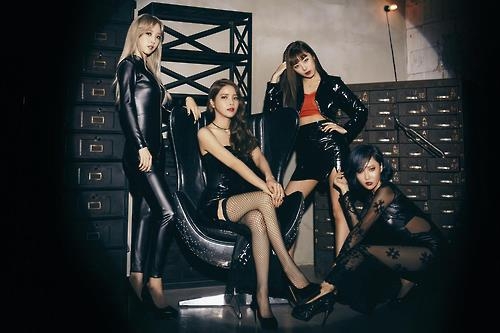 The risk has paid off, propelling Mamamoo -- Solar, Moonbyul, Wheein and Hwasa -- into one of the hottest K-pop blue chips last year. At the end of the day, it all comes down to quality.

"Our training method was different (from other girl groups) since our trainee days. We didn't have fixed training schedules or public personas decided by the company," Hwasa said in a recent interview with Yonhap News Agency.

"Realistically, we weren't pretty or tall so we had to fight it out with pure talent. We needed perfect live performances."

Mamamoo was founded on a simple yet bold idea.

Kim Do-hoon, head of Mamamoo's agency RBW and its main songwriter, wanted to create a team that "had a unique voice, was playful on stage and could deliver any type of genre."

His music was critical in Mamamoo standing out as "artists" as opposed to one of the bland, cookie-cutter products.

The songs -- from its debut single "Mr. Ambiguous" to last year's hit "You're The Best" -- range from funk, R&B to traditional blues. But its ultimately the girls that deliver the final product, with their own soul-infused tinge.

"(Kim) is our mental pillar. Without him, we wouldn't have become a group with our own distinct color... to the point we become nervous if we don't get little details checked (by Kim)." 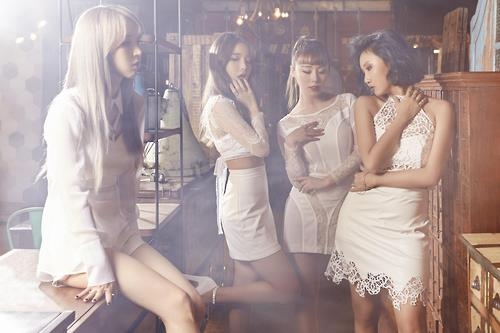 Mamamoo is one of the more lucky K-pop acts, having soared to stardom in a relatively short period of time. But individually, the girls had their share of tough luck.

"In the previous agency, I failed to make a debut. (The agency) pointed out my weight as the reason. I weighed nearly 60 kilograms then, so, through do-or-die efforts I dropped my weight to 46 kilograms and auditioned for my present agency," recalled Moonbyul.

Solar said they auditioned for 30 to 40 talent agencies, including YG Entertainment. After repeated failures, she was planning to prepare for a career as an airline flight attendant. That's until she was picked up by RBW.

Mamamoo's fan base is largely domestic at present. The team dipped their toes overseas for the first time through a showcase in Tokyo earlier this month.

"I loved the feel during the Japanese performance. It wasn't home and there was a language barrier but we felt fearless together (standing on stage)," said Hwasa, adding that Mamamoo wants to "establish the larger goal of going overseas" this year.