South Korea spent 150.3 billion won on printing bank notes and minting coins in 2016, compared to 144 billion won in 2015, according to the Bank of Korea.

A BOK official said South Korea printed more 50,000 won bills -- the highest denomination bill -- in 2016 from a year earlier. He did not give further details.

The production cost of making money includes papers, ink and holographic technology meant to make it difficult to create counterfeit bank notes, the BOK said, though it declined to give any details on the actual costs of each coin and bank note.

Meanwhile, the BOK said it destroyed bank notes worth 3.39 trillion won in 2015 due to damage, compared to 2.98 trillion won from a year earlier. 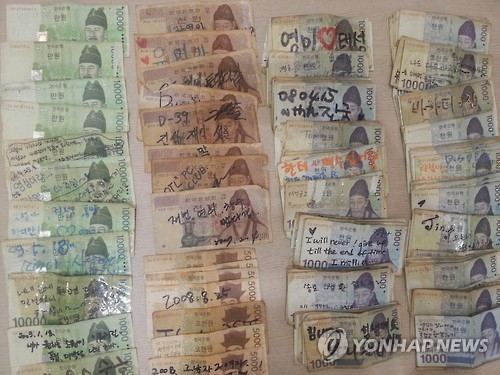