SEOUL, Jan. 16 (Yonhap) -- As special prosecutors requested an arrest warrant for Samsung Group's de facto leader, Lee Jae-yong, as a bribery suspect over his role in a corruption scandal involving President Park Geun-hye, the scandal and Lee's possible arrest are expected to deal a huge blow to the reputation of Samsung, as well as Samsung family's carefully drafted plan to put him on top of the company.

It is not clear at this stage whether the 49-year-old Lee, groomed to run the country's biggest business conglomerate, will serve prison time, but the scandal put a controversial 2015 merger of Samsung's two affiliates back in the spotlight. 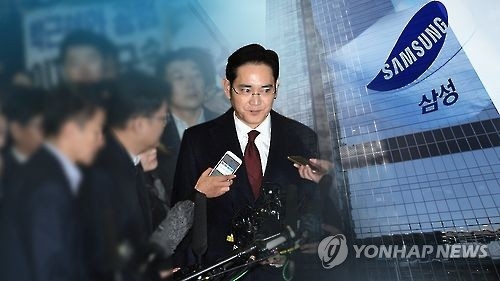 Prosecutors suspect that Samsung had donated financial contributions to two nonprofit foundations set up by Park's longtime friend, Choi Soon-sil, in return for the National Pension Service's support for the merger of Samsung C&T and Cheil Industries.

Moon Hyung-pyo, chief of the National Pension Service (NPS), was arrested last month after admitting that he ordered the state pension fund to back the US$8 billion merger when he was a health minister supervising the NPS.

Lee Kyu-chul, a spokesman for the special prosecution, told reporters that Samsung had sought an "unlawful" request in completing the group's "management succession" for the vice chairman. 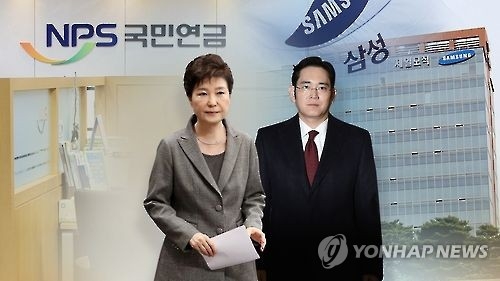 Prosecutors accused Lee of allegedly ordering Samsung affiliates to pay bribes worth 43 billion won (US$36.4 million) to Choi to win governmentwide support for the merger.

Samsung has denied the allegations, saying the group was strong-armed into giving money to the foundations and it did not seek favors in return.

Park was impeached by lawmakers last month after being accused of allegedly colluding with Choi to coerce business conglomerates, including Samsung, to offer money to the foundations and allow the friend to meddle in state affairs, including her presidential speeches.

With a Seoul court planning to hold a hearing Wednesday to review the request of an arrest warrant for Lee, Samsung urged the court to make a "wise and fair judgment based on laws and facts."

Samsung Group said in a statement that it does not accept the bribery allegations. "It is difficult to understand the special prosecution's decision" to seek an arrest warrant against Lee, the group said.

In a statement, the Korea Employers Federation, a business lobby group, also called for the court to "carefully" make a decision on whether to arrest Lee. 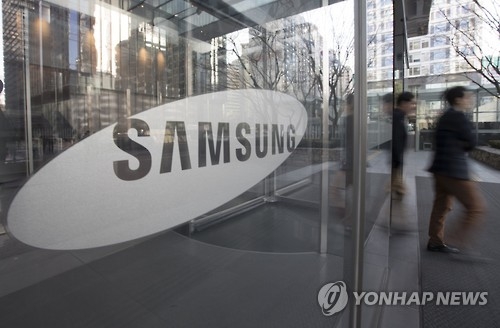 Lee has served as a de facto leader of Samsung Group since his father was hospitalized over a heart attack in 2014.

Samsung Group would face a "serious leadership vacuum" if Lee is arrested at a time when his father is incapacitated, the federation said.

Another business lobby, the Korea Chamber of Commerce and Industry, also urged the court not to approve the arrest warrant for Lee, citing an impact on the national economy if Lee is arrested.

Analysts said the arrest warrant against Lee may prove to be a short-term burden on shares of Samsung Electronics and other Samsung affiliates, but the group's management is expected to navigate through a possible leadership vacuum as its corporate fundamentals are sound.

Song Myeong-seop, an analyst at Hi Investment & Securities, said, "The stock price of Samsung Electronics is affected by macroeconomies, business conditions of information technology and semiconductors, and competitiveness at home and abroad."

If Lee is arrested, the impact on the stock price of Samsung Electronics would be short-lived, Song said.

Lee Se-cheol, an analyst at NH Investment & Securities, echoed the view, saying that an arrest warrant for Lee was not related to corporate fundamentals of Samsung Electronics. 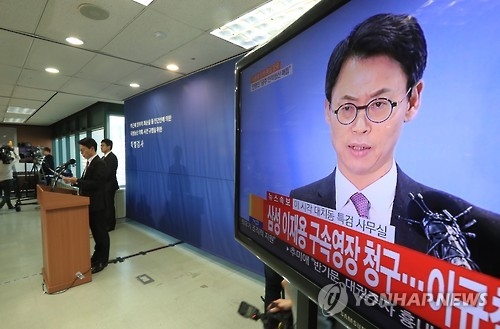 As Lee is awaiting the court's decision, Samsung officials expressed worries that the group's key businesses will hit a standstill if the vice chairman is arrested.

In recent months, Samsung has not conducted its annual personnel reshuffle and failed to lay out its business targets for this year.

Samsung officials also voice worries that the Harman deal may be negatively affected by the corruption probe.
(END)