SEOUL, Jan. 16 (Yonhap) -- Actor Lee Byung-hun has played unusual movie characters in recent years. He was a gangster in two Korean films "Bittersweet Life" and "Inside Men" and a notorious con man in the recent domestic action flick "Master." He even was a robot assassin in the Hollywood action film "Terminator Genisys."

But in the upcoming homegrown film "A Single Rider," his character is Kang Jae-hoon, an everyman in his early 40s who is in charge of a regional branch of a stock-trading company and head of a family with a little kid.

Lee said during a news conference for the film in Seoul that he was drawn to the character simply because he was a normal person. 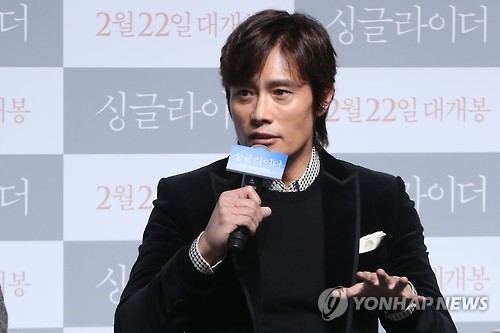 "It was like reading a well-written novel when I first read the screenplay," he said, adding that it was as shocking as the script for "Bungee Jumping Of Their Own," a 2001 Korean hit film. "The screenplay had resonated long in my mind after I read it, so I had this premonition that I'll come to do this work."

As for his character, "Jae-hoon is a very ordinary person. He gets married, fathers a child and leads a successful life to some degree with a decent job.... He, however, belatedly realizes that he lost the biggest and the most important thing in his life after moving through the world with blinders on to achieve things that don't matter," Lee explained.

"The film is mostly filled with ordinary lives and emotions. I, as an actor, wanted to continue to follow the man's mentality and see how such small emotions are delivered to the audience," he said.

In the second Korean-language film produced and presented by Warner Bros., Kang travels to Australia to meet his family there after losing everything due to bad loans. He, however, gets suspicious of his wife's adultery and starts watching her from a distance, only to confront a shocking truth there.

Su-jin is the archetype of modern-day housewives who have quit their job to raise their children but one day ask themselves "Who am I?," the actress explained. 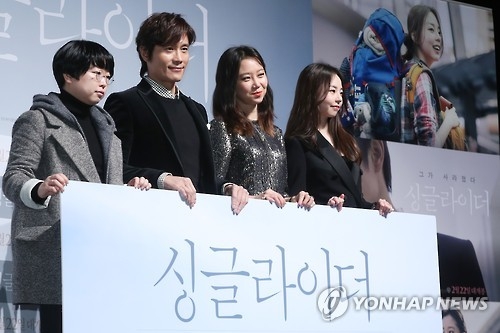 Actress An Sohee, a former member of the K-pop idol group Wonder Girls who previously appeared in the homegrown action film "Train to Busan", took the role of Yoo Jin-ah, a Korean college student who is staying in Australia on a working holiday visa. She asks for help from Jae-hoon after becoming a victim of a fraud case in the country.

"A Single Rider" is writer-director Lee Joo-young's feature debuting film. She was a commercial ad director before joining in the film scene.

"I was in a male-dominant working environment in my previous life. They lived an ostensibly stable life, but I was wondering if they were truly happy," the filmmaker said of her reasons behind creating the movie about a middle-class family breadwinner who suddenly loses everything.

Since she was the winner of a program run by her film school to support first-time directors, she was lucky enough to work with internationally-acclaimed Korean auteur Lee Chang-dong of "Poetry" (2010) and "Secret Sunshine" (2007) for eight months to write the script for "A Single Rider."

She drew laughter from the audience by saying that the most frequent comment from the master filmmaker was "I don't think that's interesting."

"He repeatedly asked such questions as 'Do you think that's interesting? and 'Is this real?' during the eight-month period," she said, laughing.

"His advice became the driving force in writing the script for my first feature film," she added.

"A Single Rider" is set to open in local theaters on Feb. 22. 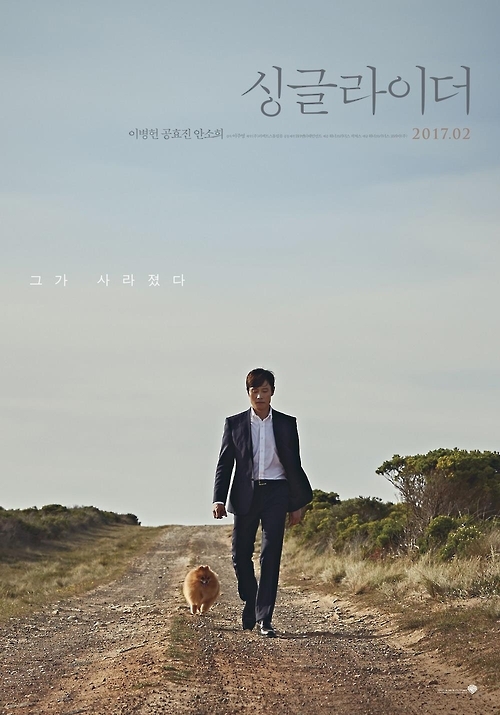