SEOUL, Jan. 16 (Yonhap) -- Lotte Group has not yet completed internal procedures for the provision of its golf course for the deployment of an advanced U.S. missile defense system, possibly delaying the deployment of the system vehemently opposed by China.

"We've not yet fixed any schedule related to that," a Lotte Group official said. "The procedures may be delayed to after the Lunar New Year holiday, as it is such an important national issue, and we also have to take into consideration South Korea's relations with the United States and China and the current political situation of an impeached president."

The official was referring to a board meeting of Lotte International Co. Ltd., owner of the Lotte Skyhill Country Club in Seongju County, North Gyeongsang Province, to decide on a swap deal.

Lotte was supposed to conclude the deal for the swap of the golf course for a piece of state-owned military land near Seoul before the holiday which falls later this month.

Lotte's move comes as China is believed to be taking economic retaliation against Seoul's decision in July to deploy THAAD on South Korean soil early this year, although South Korea says the missile system will not target China but only counter threats from North Korea.

Several Lotte Department stores and other outlets in China have been under strict tax, safety and hygiene inspections since November, although Chinese authorities have denied any connection to THAAD.

Chinese tourists account for the majority of Lotte Duty Free's sales with the ratio exceeding 70.8 percent in the first quarter of last year, according to Lotte Group statistics.

Lotte is also building a huge complex of retail outlet and amusement park Lotte World in the southwestern Chinese city of Chengdu with its completion due in 2019.

"It is true that we are sandwiched between our role as a South Korean enterprise, South Korea's relations with China and possible economic loss," a senior Lotte official said. 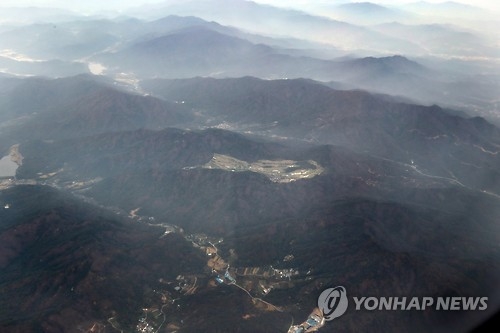 Finance Minister Yoo Il-ho also voiced concern about the negative impact on bilateral trade from the political and military issue.

"Recently, trade-related problems have appeared through various routes," he said, presiding over a video conference with senior ministry officials.

He emphasized that the government will do its best to resolve the matter with dialogue using economic cooperation channels.

"But (it) will cope actively with a trade issue with China that goes against international norms," he said.

On broader economic situations, the minister called for a close monitoring of external risks, especially amid keen attention to the policy of the new U.S. administration. 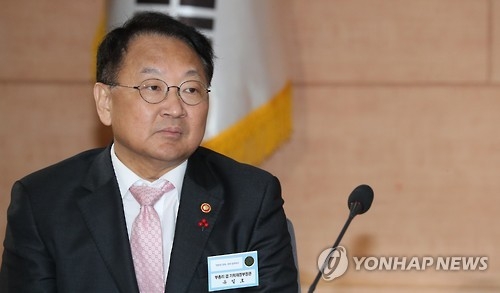