Nam said he would have supported the deployment of the advanced U.S. missile defense system even if it had needed to be installed in his constituency instead of the southern part of the country.

The governor, however, said the THAAD battery should not be linked to the U.S. missile defense system, and that it should only target North Korea and not other neighboring countries. Nam said Washington should also promise not to upgrade the battery's capabilities for other purposes.

"Under the condition (that such promises are made), I have been supporting the THAAD battery and still do," Nam said.

Nam was among the first members of the ruling Saenuri Party to join the Bareun Party which will officially kick off later this month. The departure came amid Saenuri's factional feud among loyalists to President Park Geun-hye and her dissenters.

Park was impeached by parliament in December, opening the possibility that the next election may take place earlier than expected this year. The Constitutional Court is currently reviewing the legitimacy of the impeachment.

Nam also claimed South Korea should shift to a volunteer military system from the current conscription, in line with the falling birthrate.

"We need to allocate more funds to national defense and restructuring while modernizing the facilities. We should also increase soldiers' pay, and have quality workforces to join the military," Nam said, adding that adopting a volunteer system around 2022 can be a solution. 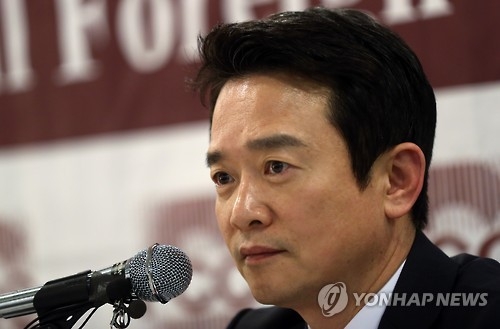