SEOUL, Jan. 16 (Yonhap) -- The International Monetary Fund (IMF) has revised down its growth forecast for the South Korean economy this year to below 3 percent, according to its new report Monday.

In October, the IMF predicted that South Korea's economy will expand 3 percent in 2017.

In its updated world economic outlook, the agency based in Washington, D.C., said the growth outlook for Asia's fourth-biggest economy has been adjusted "downward."

It stopped short of providing a specific figure, though.

It remains unconfirmed why the IMF briefly mentioned South Korea's economy in the report. The IMF usually offers its forecast on the economy's growth twice a year, each in April and October.

South Korean officials said they were aware that the IMF has lowered its estimate.

"It plans to include a specific figure in a report to be published in April," a finance ministry official said. "We are continuing to provide it with related data so that South Korea's growth rate can be forecast accurately."

The government said earlier the economy is expected to grow 2.6 percent this year. 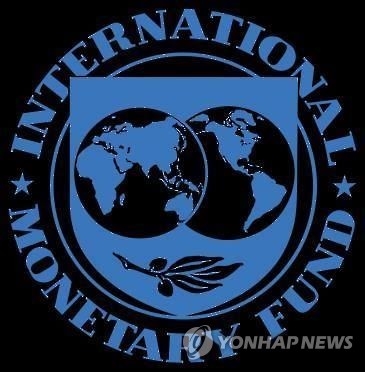