SEOUL, Jan. 17 (Yonhap) -- Moon Jae-in, a leading presidential candidate from the opposition bloc, on Tuesday published a book on his campaign pledges, taking further steps to generate support ahead of this year's election.

The publisher said the book, titled "The Republic of Korea asks," is about the blueprint of Moon's vision for South Korea, providing ways to tackle various challenges facing the country.

The 360-page essay also delivers Moon's stance on controversial policies promoted by impeached President Park Geun-hye, including the deployment of an advanced U.S. missile defense system in the country. 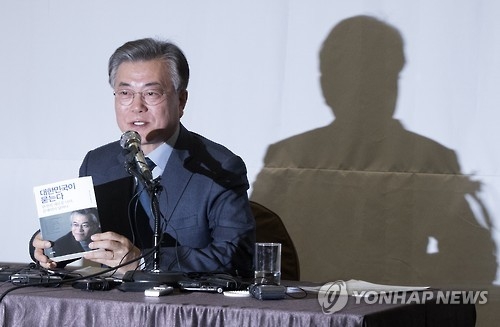 "(The decision on the Terminal High Altitude Area Defense battery) was made unilaterally by President Park Geun-hye. The issue should have been thoroughly reviewed at the National Assembly as it calls for a parliamentary ratification," Moon claimed in the book.

"The THAAD system could spark a competition among powers on the Korean Peninsula once again," Moon also said, adding the issue should be reviewed in a bigger picture instead of only focusing on North Korean nukes.

On his biggest potential rival, ex-U.N. Secretary-General Ban Ki-moon, Moon said the former diplomat has been enjoying privileges of the established, and claimed he may be less keen in constructing a new South Korea.

"Ban becoming the president can be considered an extension of the Park administration and the revival of Lee Myung-bak," Moon said during the event.

Moon also said Park, along with her conservative predecessor Lee, should be held responsible for abusing powers for personal interests.

The potential candidate also pledged to have the prosecutor's office hand over more authority to the police in regards to investigations to promote balance in law enforcement.

During the event, Moon boasted his presidential credentials, describing himself as a prepared and verified candidate.

"I have experienced defeat, which helped me seek self-reflection and prepare better. Now I am confident that I can do well," Moon said.

"The public's voice reflected in the candlelight rallies does not call for special justice. It is not a problem of being conservative or progressive. ... It is about the humble demand of making South Korea a reasonable, normal and well-functioning country," Moon said.

South Koreans have been holding weekly candlelight protests on Saturdays in central Seoul for months now, demanding Park step down for her alleged links to a corruption scandal. 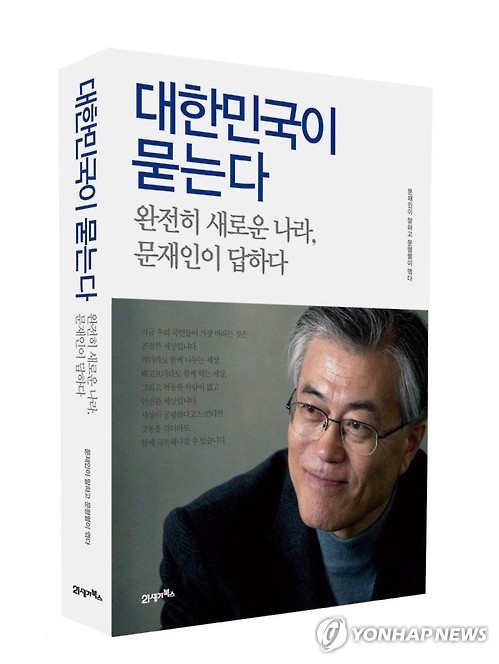