"(We asked the government) to lend a helping hand to troubled farmers by promptly revising (the enforcement ordinance of) the Kim Young-ran Law," Rep. Lee Hyun-jae, the policy panel chief of the Saenuri Party, said.

The request was made during a policy consultation between the government and party to stabilize consumer prices ahead of the Jan. 27-30 Lunar New Year holiday.

The government promised to make efforts to ensure an early revision, he added.

The law, effectuated in September, bans those working in government, media and schools from receiving free meals priced higher than 30,000 won (US$25), gifts exceeding 50,000 won, and congratulatory and condolence money over 100,000 won.

Critics said it weighs heavily on the local agricultural and stockbreeding industries.

The acting president recently instructed the government to study the revision. The state corruption watchdog, which drew up the legislation, also hinted last week that it is open to an amendment, saying it can be changed depending on social and economic circumstances. 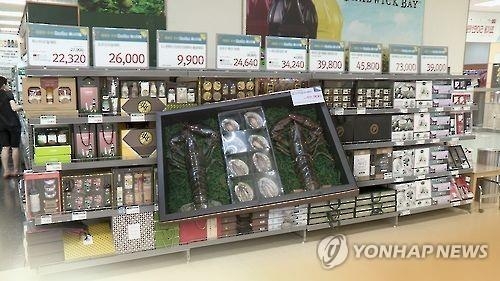