A fringe player in the 1990s, Yeom, 48, worked in baseball operations for two different clubs after retirement. In 2012, he joined the Heroes as their base running coach, and took over as the manager for the 2013 season.

Yeom led the Heroes to their first postseason in 2013, and the club reached the postseason in each of Yeom's four seasons at the helm. On Yeom's watch, two Nexen players, Kang Jung-ho and Park Byung-ho, moved to the majors.

Yeom abruptly resigned after the Heroes' elimination in the first round of the 2016 postseason, amid rumors that he was headed to the Wyverns as their new manager. Yeom strongly denied such speculation, and the Wyverns ended up hiring former Kansas City Royals manager Trey Hillman.

At the time of his resignation, Yeom had said he wanted to take some time away from baseball.

Yeom, known as a studious type who broods over every little detail, becomes the second former manager to become a KBO GM, after Park Jong-hoon of the Hanwha Eagles. 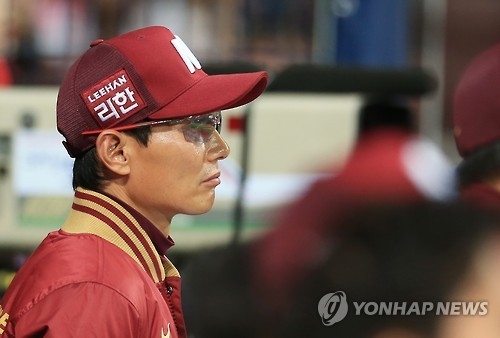