All able-bodied South Korean men must carry out military service for between 21 months and 24 months depending on duties.

On Tuesday, Moon Jae-in, former head of the Democratic Party and the frontrunner among potential presidential candidates, claimed that it is possible to cut the service period to one year. Moon said in a new book published earlier in the day that former liberal President Roh Moo-hyun -- to whom he served as chief of staff -- planned to shorten the period to 18 months.

"Regarding the issue, we have to comprehensively take into account the security situation and a lack of resources for active service members," Defense Ministry spokesman Moon Sang-gyun told reporters. 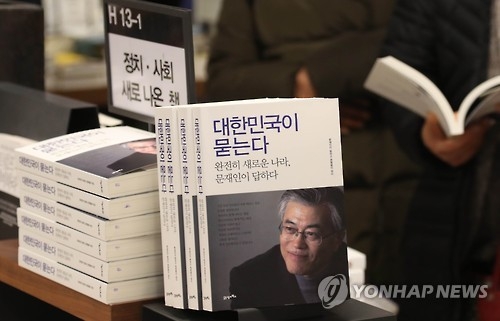 The military estimates that the number of South Korean troops could drop significantly if the period of compulsory military service is cut to 12 months.

South Korea had 625,000-strong military as of last year, compared with 1.28 million North Korean troops. The Defense Ministry plans to reduce its troops to 525,000 by 2022 because of an expected reduction in conscripts.

The country's fertility rate -- the average number of children a woman bears in her lifetime -- stood at 1.24 in 2015, much lower than the replacement level of 2.1 that would keep its population of 51 million stable.