ReTend Co., the fabric maker, developed its own heat-generating clothes with a high-tech fabric named "TempUp" and let two diabetic patients wear the clothes for about three months.

The results showed that their amounts of glycated hemoglobin dropped by an average 1.2 percent, according to Cecil Internal Medicine, a Seoul-based hospital which conducted the test. 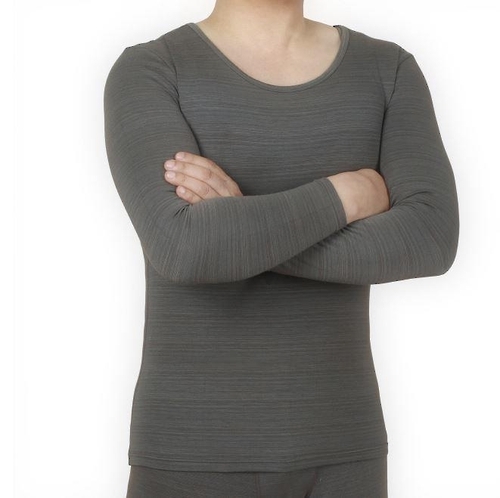 Hong Kwan-soo, director of Cecil Internal Medicine who conducted the test, said he was confident that the heat-generating clothes would help diabetic patients better control their blood sugar levels, although the test was conducted for only two patients.

"The patients say that their overall conditions get better when their bodies get warm," Hong said.

Lee said the "TempUp" fabric has proved to help patients better treat their diabetes, endocrine and cardiovascular diseases throughout its own tests over the past two years.

"We will prove the efficacy (of the fabric) throughout clinical trials," Lee said.

Korea University Anam Hospital is conducting a clinical trial using the heat-generating clothes for people who suffer from backaches.

Lee Sang-heon, vice director of the hospital, said it is difficult to comment about the efficacy because the clinical trial is not finished.
(END)