"We had an independent fighter (against Japan's colonial rule), military coup leader, businessman, and a daughter of a president as country heads. Now it is time to have the country run by a reasonable person with a rational mindset," Park said during an interview with Yonhap News Agency.

"I highly value Ahn's modesty, rationality and vision for the future," Park added.

The party chief, who was also a close aide to late Kim, said such characteristics were only found in the former president, who was the country's top elected official from 1998 to 2003.

Park said although Ahn lags behind other candidates in opinion polls, this can change, noting that in last year's closely contested general election President-elect Donald Trump won the game despite trailing in most polls. 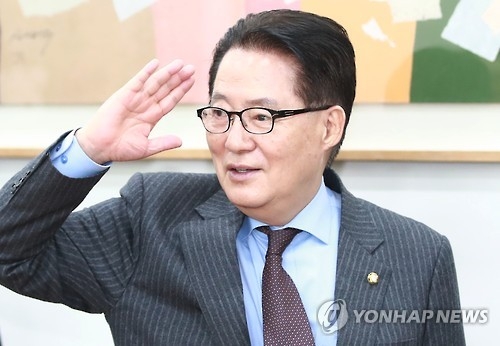