SEJONG, Jan. 17 (Yonhap) -- South Korea said Tuesday that it will take a firm stance against China's recent hostile movements against its businesses in apparent retaliation for welcoming a U.S.-owned missile system.

"We will continue to object to the Chinese measures," Vice Trade Minister Woo Tae-hee said at a task force meeting to discuss pending trade issues between South Korea and China.

It has banned South Korean TV programs from airing on its local broadcasters and removed subsidies on cars equipped with Korean-made batteries.

The Chinese tax authorities also launched an investigation into Lotte, a Korean retail giant that does business in China, while South Korean pop artists have been banned from appearing on Chinese TV programs.

"Despite a tightened Korea-China relationship, we keep in touch with China through a dialogue channel under the bilateral free trade agreement (FTA)," said the official. "We will deal with the issue in a rational manner."

The two countries agreed on the FTA which took effect in December 2015, with tariffs on about 90 percent of goods to be eventually removed over the next two decades. 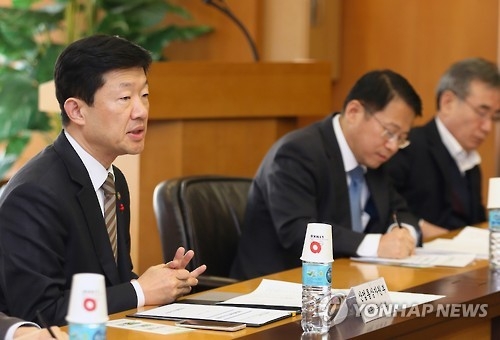