SEOUL, Jan. 18 (Yonhap) -- The head of the Swedish central bank has said changing to a cashless society is a major trend as a growing number of people are rapidly reducing the use of notes and coins in favor of electronic payments.

Riksbank Governor Stefan Ingves said notes and coins are not going to disappear, though they will be used less and less.

"That has put us in a position where we actually need to think hard about what to do next," Ingves said in an interview with Yonhap News Agency in Seoul on Tuesday along with Susanne Eberstein, the chairperson of the General Council at Riksbank. "That might be that we start issuing some kind of currency that the general public can hold in electronic form."

Ingves and Eberstein visited Seoul for a two-day trip for talks with South Korea's central bank governor Lee Ju-yeol and other government officials. They left for Japan on Wednesday for a similar two-day visit before returning home.

Eberstein said she and Ingves had "fruitful discussions," with South Korean officials, though she declined to elaborate. 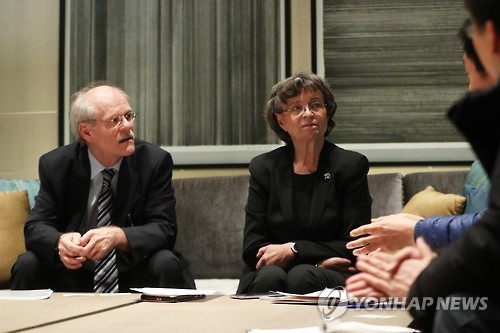 The Bank of Korea said Tuesday that Lee and the two Swedish officials agreed to strengthen exchange and cooperation between the two central banks. No further details were given.

Eberstein said elderly people are very suspicious of digital currency as they want cash they can see with their eyes, but she also suggested that electronic payments are a major trend that people cannot swim against.

Ingves also said a cashless society cannot be a major issue because the use of notes and coins is just so low today already and the nominal outstanding amount of cash is actually going down.

Many people favor electronic payments through either their computers or smartphones when they transfer large sums of funds.

Still, he said a cashless society could be a generational issue because older people are used to using notes and coins and find it hard to use electronic means of payment. 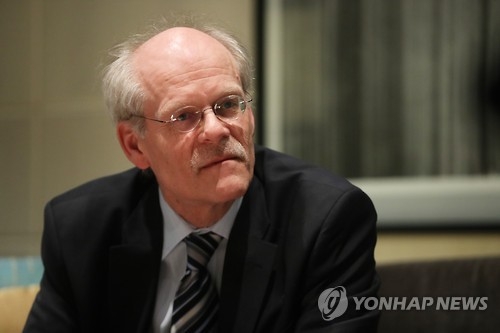 "This is not a major issue when it comes to the functioning of the Swedish economy. It's more than an issue about convenience for the general public," he said.

Sweden is one of the first countries in the world that has embraced going cashless. Eighty percent of all transactions in Sweden are made by cards and many Swedes no longer carry cash and even children pay with debit cards, according to information posted on the official website of Sweden.

In recent years, electronic payments have gained ground in South Korea -- a significantly wired countries with one of the highest smartphone penetration rates in the world.

The amount of payments made electronically hit a record quarterly high in the third quarter in the latest sign that a growing number of South Koreans are using electronic means for financial transactions.

The daily average amount of electronic financial transactions came to 363.1 billion won (US$306 million) in the July-September period, up 12.8 percent from the previous quarter, according to the data from the Bank of Korea. 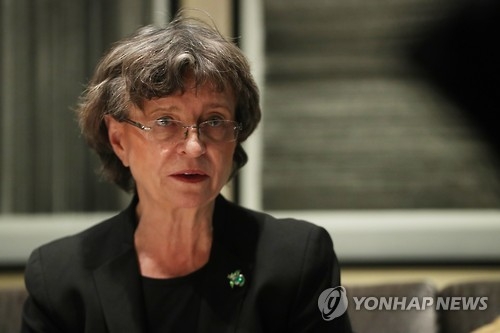 South Korea's central bank has launched a review on the possibility of transforming the country into what it calls a coinless society, where small change, currently exchanged in coins, will instead be deposited into one's account.

Still, it said the move to become a coinless society is not a step toward a cashless society.

Ingves said South Korea and Sweden are electronically advanced countries where younger people find it a greater advantage to use only electronic means of payments. "Most likely the issues are roughly the same, so the same type of judgments will have to (be) passed in the future here as well," he said.