SEOUL, Jan. 18 (Yonhap) -- Biomedicine exports by South Korean pharmaceutical firms jumped more than 50 percent in 2016 from a year earlier to surpass the US$1 billion mark for the first time, data showed Wednesday.

Outbound shipments of locally manufactured biomedicines such as vaccines and genetic recombination drugs stood at US$1.44 billion last year, up from $930 million tallied in the previous year, according to the data by the Korea Customs Service.

It marks the first time that biomedicine exports surpassed the $1 billion mark.

Market watchers said local pharmaceutical companies have become more competitive on the global stage on the back of robust research and development (R&D) spending and policy backup by the government.

Biosimilars are defined by the FDA as products that are "highly similar to an already approved biological product" that have "no clinically meaningful differences in terms of safety and effectiveness from the reference product."

Samsung's heir apparent Lee Jae-yong has pointed out that the biosimilar business is one of the group's key businesses for the future. 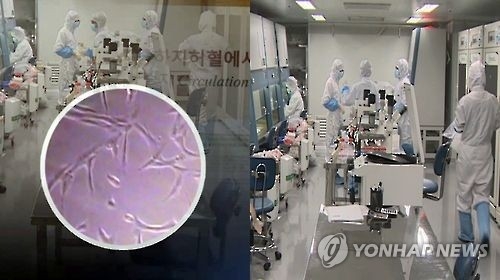