WASHINGTON, Jan. 17 (Yonhap) -- The White House said Tuesday the THAAD missile defense system the U.S. is going to deploy in South Korea is a purely defensive system having no impact on China's capabilities.

"The United States has made clear that the deployment of a THAAD battery to South Korea would be focused solely on countering the missile threat that emanates from North Korea," White House press secretary Josh Earnest said in his last press briefing.

THAAD will enhance the U.S. ability to fulfill its commitment to defend the South, he said.

"We've explained that to the Chinese at the highest levels and you know we'll continue to go to great lengths to help them understand exactly what we are trying to do," Earnest said. "There have been some conversations through diplomatic channels and military channels to try to ease the concerns of the Chinese that that's focused on North Korea and not on having any impact on China's capabilities."

South Korea and the U.S. decided last year to deploy a THAAD unit to the South to defend better against North Korean missiles. China has claimed THAAD poses a threat to its security interests despite repeated assurances from Seoul and Washington that it's purely a defensive system. 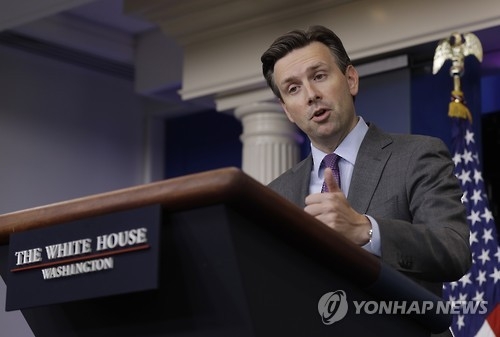 "So I am confident that this challenge is on the radar screen of the incoming president and his team," he said.

He acknowledged that the administration of President Barack Obama has not made "as much progress as we would have liked in halting North Korea's nuclear activities that are in violation of a range of international agreements."

But he stressed that the U.S. has succeeded in building "a rock-solid international consensus" about putting additional pressure on Pyongyang to refrain from destabilizing and provocative actions.

"That's an important step and will serve the incoming administration well as they work on this challenge," he said.

Deputy National Security Advisor Ben Rhodes said the North will be a "predominant challenge for the next team."

Rhodes also stressed the importance of a "constructive relationship" with China that "can lead to some more assertive action on their part."

"I think they're worried about the uncertainties of destabilization on the Korean peninsula that might come from pressure that they may apply," he said during a Foreign Press Center briefing. "The status quo is frankly more destabilizing than the alternative of them applying even greater pressure."