SEOUL, Jan. 18 (Yonhap) -- Department stores are counting more on their top-spending VIP customers to keep their businesses going, sales figures indicated Wednesday, as consumption drops across all consumer segments due to the slowing economy.

While the increase in their spending appears miniscule, it is a ray of hope for retailers at a time when consumers are growing tight with their money. According to Statistics Korea on Jan. 11, a family of two on average spent 58.6 percent of their income in 2015, the lowest since recordkeeping began in 2003. The latest figure for the third quarter of 2016 dropped to 58 percent.

Even the top 10 percent income group kept their wallets shut. Their spending in proportion to earnings dropped to 45.1 percent compared with 50.3 percent in 2005 and 48.2 percent in 2010.

To keep the VIP guests coming, department stores are changing their customer rating systems to include more potential spenders by offering special benefits that include valet parking, discounts on all purchases and access to VIP lounges.

Lotte said it increased its customer classification system this year to four from three, including a new group of guests who spend more than 100 million won (US$84,681) a year at the department store.

Professor Oh Se-jo at Yonsei University's business school said taking care of VIP customers is one of the routes out of stagnant sales.

"Providing due privileges to high income customers with money on their hands and inducing them to buy luxury items in the country instead of overseas is the biggest goal in VIP marketing," he said. 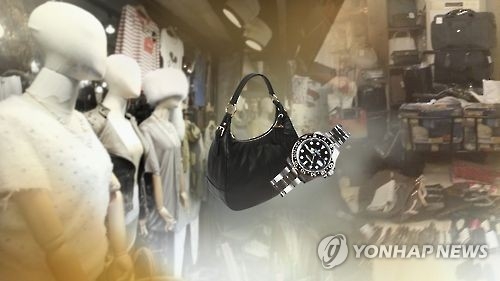 Department stores rely on VIP customers to keep up sales

Department stores rely on VIP customers to keep up sales