"Han explained the current security situation on the Korean Peninsula, citing North Korea's nuclear and missile development programs, to the Botswana minister. And he asked Botswana to join international efforts to pressure Pyongyang to give up its nuclear program," the statement said. 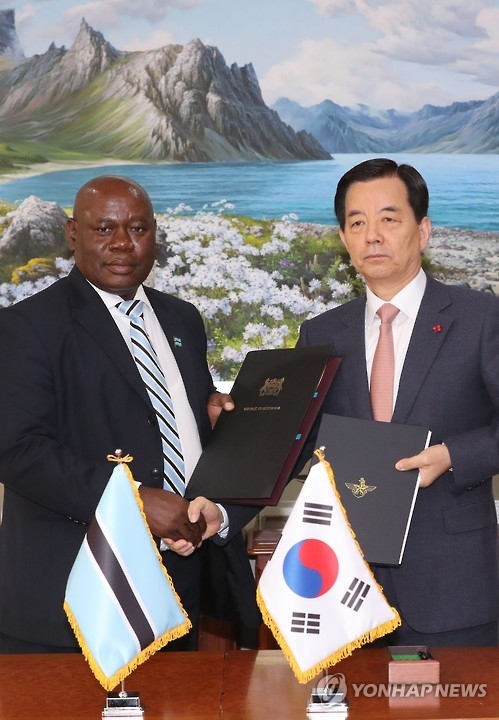 Botswana severed its diplomatic ties with North Korea in February 2014 after a UN Commission of Inquiry (COI) reported on human rights abuses in the reclusive country, which included forced labor, sexual abuse and public executions.

The African country also lashed out at North Korea as it conducted its fourth and fifth nuclear tests in January and September, respectively, last year.

However, there was no elaboration on how the two sides will promote defense ties to help tackle military threats from the communist nation.

During his one-week trip to South Korea that ends Sunday, Minister Kgathi is also scheduled to meet Chang Myoung-jin, minister of the Defense Acquisition Program Administration, to discuss possible cooperation in the defense industry.