The K League Classic club said they've reached an agreement with Dijon over the transfer of Kwon. Suwon didn't provide the details of the deal, but sources said Kwon signed a 3 1/2-year deal with Dijon. The French club also reportedly offered to pay a transfer fee of 1.2 million euros (US$1.28 million) and share the transfer fee with Suwon if Kwon moves to another club in the future.

"I'm very happy that my dream to play in Europe has finally come true," Kwon said through Suwon. "I want to thank Suwon for making this tough decision."

Kwon is the first Suwon youth product to sign with a European club. The energetic midfielder made his pro debut with Suwon in 2013 and has scored 22 goals in 109 matches for the K League side.

Kwon gained stardom in 2015 after scoring 10 goals in 35 K League matches, while making his name with the senior national team in World Cup qualifiers. Last year, he mainly played for the under-23 national team, helping South Korea reach the quarterfinals at the Rio de Janeiro Olympics. He has scored 10 goals in 19 matches for the U-23 squad and has bagged three goals in eight matches for the senior side.

Dijon, founded in 1998, earned their promotion to the French Ligue 1 last season. They are currently ranked 16th in the 20-team league with four wins, eight draws and eight losses.

Dijon first wanted to have Kwon on loan for free for six months. But after a series of negotiations, they decided to sign the South Korean on a permanent basis. 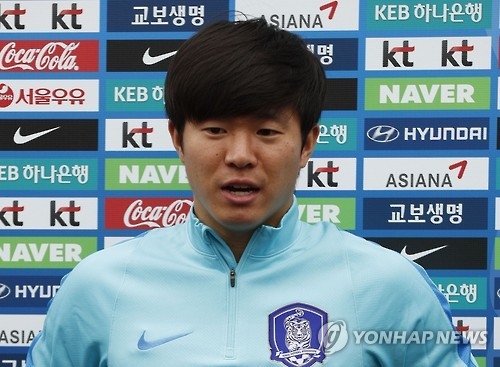