SEOUL, Jan. 18 (Yonhap) -- Lee Min-ho, the icon of Hallyu, or the Korean culture craze, proved his ongoing popularity, selling out thousands of tickets instantly for a meet-and-greet next month, the actor's agency said Wednesday.

According to MYM Entertainment, the 6,000 tickets for the local event "The Originality of Lee Min-ho" sold out in a matter of seconds after ticket sales went online Tuesday via the e-commerce website Auction at 6 p.m.

The fan meeting, scheduled to take place on Feb. 18-19 at Kyunghee University in eastern Seoul, marks the beginning of Lee's multi-nation fan meeting tour. The actor's "Talk Concert" hosted at the same venue in January 2016 also generated an explosive response, selling out 3,000 tickets in the blink of an eye.

"Lee, known to have a deep affection towards his fans, will spice up the event showing a side of him that hasn't been revealed yet," the actor's agency said. "In the midst of his busy schedule, Lee takes time to participate in the preparation process. He is very excited for the impending event."

Currently, Lee plays a genius conman in the SBS fantasy drama "The Legend of the Blue Sea" with high-profile star Jun Ji-hyun. The actor first gained widespread fame from starring in "Boys Over Flowers" in 2009 and continued to ride a huge wave of popularity after his following works "City Hunter (2011)" and "The Heirs (2013)." 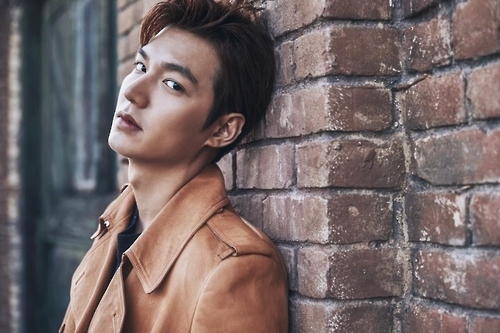