SEOUL, Jan. 18 (Yonhap) -- Samsung Heavy Industries Co., a major shipyard here, said Wednesday that it has clinched a US$230 million deal to build a floating storage and regasification (FSRU) ship.

Under the deal with Norway-based Hoegh LNG Holdings Ltd., the shipyard will build the vessel by May 2019, the company said in a regulatory filing.

Samsung has an option to build three more FSRU units, it said.

Earlier this month, the shipbuilder won a $1.27 billion deal to build an offshore facility, marking the first mega deal of the year for South Korean shipbuilders struggling to bring in new orders.

The shipbuilder said earlier it was likely to win an additional offshore facility deal due to rising oil prices. 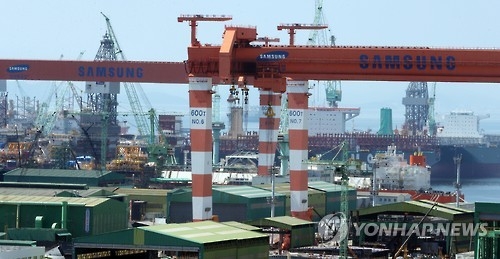