SEOUL, Jan. 18 (Yonhap) -- The head of a banks' association in South Korea voiced concerns Wednesday about local banks' survival due to worsening margins and a lack of growth drivers.

"Banking services will continue to be in demand, but it's time to answer the fundamental question of whether banks will be able to continue their businesses," Ha Yung-ku, chairman of the Korea Federation of Banks, said at a news conference. 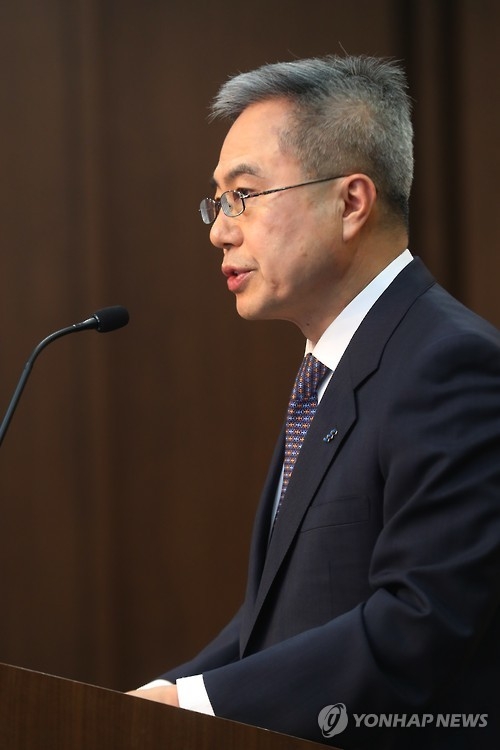 Local banks have been under pressure in recent years as a growing number of people prefer to handle banking services on their computers or smartphones without visiting bank branches.

Adding to the woes of local banks, new players have emerged with advanced financial technology, or fintech, a possible game changer in the banking industry.

The financial authorities have recently approved a plan to establish the country's first Internet-only bank that does business without face-to-face contact with customers. K-Bank, led by a consortium made up of telecom giant KT Corp., Woori Bank and 19 other firms, plans to start operations in late January or early February.

The number of bank branches in South Korea dropped to 7,278 last year from 7,599 at the end of 2013, according to industry data, in an apparent move to cut costs amid fierce competition and falling profits.

The combined net profit of 18 commercial lenders and state-run banks reached 3.5 trillion won (US$3 billion) in 2015, down 42.6 percent from 6 trillion won the previous year, marking their weakest bottom line since 2003.

He also called on local banks to speed up the pace in making inroads into foreign countries and to work closely with fintech firms.