SEOUL, Jan. 18 (Yonhap) -- Most foreign buyers of South Korean products intend to increase imports from South Korea this year due to the improved competitiveness of Korean goods, a survey showed Wednesday.

About 85 percent of those surveyed said they would buy more South Korean products this year, according to the poll of 563 foreign buyers conducted by the Korea International Trade Association between Dec. 13-24.

Australian buyers were most positive, with all of those surveyed hoping to import more Korean products this year, followed by buyers from Africa with 92.9 percent and those from the Middle East with 88.9 percent.

The comparable figures for North America and Europe were 78.2 percent and 87.1 percent, respectively.

About half (47.6 percent) of the surveyed singled out China as South Korea's biggest competitor in the global market, while 17.6 percent picked Europe and 8.7 percent the United States. 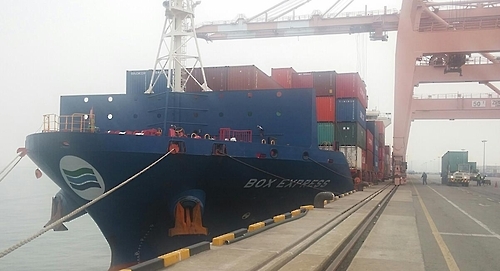