SHANGHAI/ SEOUL, Jan. 18 (Yonhap) -- The last remaining Korean victim of the Japanese wartime sex slavery in China passed away on Wednesday, the South Korean government said. She was 94.

Park Cha-soon's death brought the number of survivors down to 39 among a total of 239 known Korean victims.

Park died of various diseases at her home in Xiaogan, located in China's Hubei Province, at about 7:30 a.m. local time, the Ministry of Gender Equality and Family said. She had been treated for spinal stenosis, colitis and cerebral infarction for the past two years, but her symptoms worsened recently.

Historians estimate that more than 200,000 women, mostly from Korea, were forced to work at front-line brothels for Japanese forces.

Park was the last of three known Korean victims residing in China. Of them, one was transported to South Korea for treatment in a hospital after suffering injuries in April last year and the other passed away a month later.

Born in Jeonju, North Jeolla Province, in 1923, Park was taken to a Japan-dominated Chinese region in 1942 and was forced to work at brothels for Japanese soldiers in such cities as Nanjing, Hankou and Wuchang before Korea was liberated from Japanese colonial rule in 1945.

Park ran away from the military brothel but was unable to return to her hometown out of shame, according to the ministry. She has since lived in Xiaogan with her husband, raising an adopted daughter. But she has never been in Korea since then.

Park's family is currently preparing to hold a funeral in their home with support from the Korean Consulate General in Wuhan, the capital of Hubei Province, and the Xiaogan city government on Friday. She will be cremated in the Chinese way to respect the family's wishes.

The South Korean gender equality ministry also plans to send a message of condolence to the family and help out with the funeral cost. 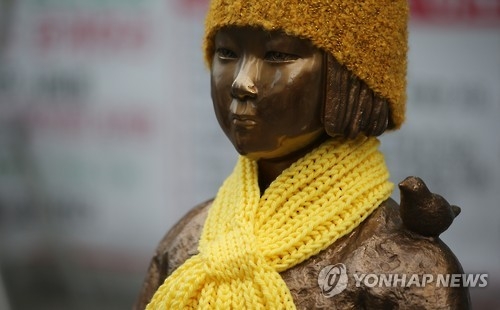